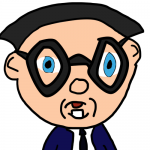 In a second blog excerpted from an excellent New York Times article headlined A GUESSING GAME FOR TAXPAYERS ON WHAT THEY OWE, writer Paul Sullivan cautions to . . .

“WATCH STATE PENALTIES There are three ways to pay estimated taxes, and you can select a new method each quarter. You can pay in 100 or 110 percent of last year’s tax (depending on your income), pay 90 percent of this year’s tax or “ânnualize” your tax. With this last method, if you made $50,000 in the first quarter you would pay tax at a rate based on an annual income of $200,000. If in the second quarter you made $40,000, you would adjust your tax to an income of $180,000 and so on.

“The goal is usually the same: to pay just enough to make sure you don’t get hit with a penalty. Yet some times, it makes sense to pay that penalty and hold on to the cash, said Elda Di Re, a partner in Ernst & Young’s personal financial services group. For example, when you don’t have the money to pay the tax on time or when you believe you can get a high return on the money. At 3 percent for federal taxes, she called the penalty ‘not a bad borrowing rate’.

“But where it gets costly is with the states, who see the penalties as a revenue source. Connecticut charges 1 percent per month up to 12 percent a year. In Kansas, the penalty can go as high as 24 percent.”

Up next: Mind the Details