A TAXING CALCULATION, PART I 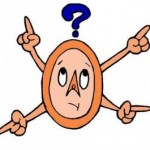 “When it comes to paying (or overpaying) taxes, the conventional wisdom among some finance professionals is that nothing beats a refund. Maybe so, maybe not. In a ‘Wealth Matters’ piece for The New York Times, the always-interesting Paul Sullivan spells it all out in an article — headlined A GUESSING GAME FOR TAXPAYERS ON WHAT THEY OWE—excerpted in the next three blogs

“When it comes to income taxes, my wife and I try to pay exactly what we owe. And by this I mean we try to calculate what we need to pay during the year so we do not overpay. We would rather owe a bit more in April than find out we are getting a refund.

“But for 2012, we overpaid our state and local taxes by a lot. Our accountant tried to comfort us: many of her clients did the same.

“She said the negotiations at the federal level over the so-called fiscal cliff tax increases and budget cuts, which stretched into January, kept accountants from knowing who would be subject to the alternative minimum tax until just about the filing date for estimated taxes. The A.M.T., as it is known, ensures that people with a lot of deductions still pay federal tax. Those who fall into it lose various deductions, like state and local taxes and mortgage interest.

“We made an estimated tax payment in January based on the worst-case situation, and when that didn’t happen, we discovered we had overpaid. But we also made the mistake of filing a paper return in New York, and the state has had huge delays in getting refunds to people who did not file electronically.

“As we wait for that New York refund, I’ve thought about the increasingly confusing calculations that people who earn income from different sources — or have taxes withheld at different rates — have to make when it comes to paying estimated taxes.

“With the next estimated payment due on Sept. 15 — and the end-of-year reckoning not too far away — here are some things to consider and a few tips for the areas where you can have control over your tax payments.

“TECHNOLOGY IS NO ADVANTAGE Filing electronically usually gets you faster processing, but it is not always possible. Allison P. Shipley, principal in PricewaterhouseCooper’s Private Company Services practice, said people with complicated earnings and income had to file paper returns because their tax preparer’s e-filing software might not accept a certain form or there might be limits to the number of a form that can be submitted. She said that the Internal Revenue Service required that other forms be mailed in, like the one for noncash charitable contributions.

“Those who file electronically are not guaranteed a quick refund. My accountant said a client filed his 2012 federal return electronically and included routing information to get his five-figure refund wired to his bank account. Instead he received a letter saying the return could not be processed electronically. The reason? The amount on the refund no longer matched the amount on the return. Eventually he received the refund by mail, less $7.49 for unpaid taxes from 2010.”

Up next: WATCH STATE PENALTIES