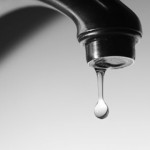 You Seinfeld fans out there likely remember “shrinkage”—what happened to a particular part of George Costanza’s anatomy after a swim in cold water—as a  celebrated word for the sitcom ages. Now we have “leakage,” and, while deflating in its own way, there’s nothing funny about it. As Lee Barney writes in an interesting planadviser.com piece headlined Leakage Is a Serious Problem for 401(k) Plans, “millennials and those with balances lower than $20,000 are at the greatest risk for cashing out. Roughly one fourth of Baby Boomers cashed out their retirement savings at least once when changing jobs, and this rises to one third of Millennials and Gen X, the Defined Contribution Institutional Investment Association (DCIIA) found in a survey of 5,000 retirement plan participants.” Other excerpts from the article:

“Leakage is a serious problem for the nation’s retirement savings, as 40 cents of every dollar contributed to defined contribution (DC) accounts by savers under age 55 eventually leaks from the retirement system, DCIIA says, citing a study by the Federal Reserve Board.

“About 75% of the cash-outs involved accounts with less than $20,000, suggesting that participants consider small amounts of savings not worth the effort. Among workers with more than $150,000 in retirement savings, only 23% have cashed out at least once in their lifetime.

“Approximately half the survey respondents leave their retirement assets in their former employer’s plan, and this is consistent across generational groups. Only 20% expressed a well-thought-out reason for leaving their money in their previous employer’s plan, however, such as preferring the investment menu or customer service.”